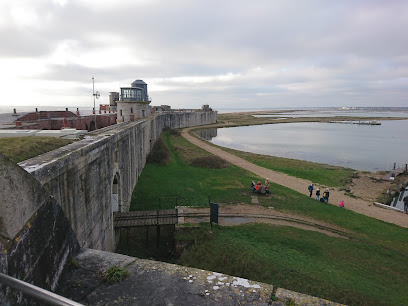 Located within the New Forest National Park, Hurst Castle is situated on the seaward end of the shingle spit that extends 1.5 miles from Milford-on-Sea, Hampshire. Built by Henry VIII as a chain of fortresses to protect the Solent in 1544, this is the site where Charles I was imprisoned in 1648 before being taken to his trial and execution in London. The castle was modernised during the Napoleonic wars and again in the 1870s when the enormous armoured wings were added, making it the largest coastal fort in the world.